In order to comply with the emergency declaration by President Trump, the Grand Prairie Republican Club is proud to announce a change to our previously planned special event, Hold Texas, Hold the Nation with Allen West.
Click here to register for the first GPRC Zoom Meeting!
Lt. Col. West believes it will be principled constitutional conservative policies, not politics, which secures a sound economic future for Americans – with growth, opportunity and returning the promise of the American dream for this generation and those to come.
He is the third of four generations of military servicemen in his family. During his 22- year career in the United States Army, Lieutenant Colonel West served in several combat zones and received many honors including a Bronze Star, three Meritorious Service Medals, three Army Commendation Medals, one with Valor device, and a Valorous Unit Award. In 1993 he was named the US Army ROTC Instructor of the Year.
In November of 2010, Allen was elected to the United States Congress, representing Florida's 22nd District. As a member of the 112th Congress, he sat on the Small Business and Armed Services Committees and was instrumental in passage of the 2011 and 2012 National Defense Authorization Acts.
He is a Fox News Contributor, Senior Fellow of the Media Research Center, former Director of the Booker T. Washington Initiative (BTWI) for the Texas Public Policy Foundation, and author of Guardian of the Republic: An American Ronin’s Journey to Family, Faith and Freedom, Hold Texas, Hold the Nation: Victory or Death, and the forthcoming We Can Overcome: An American Black Conservative Manifesto.
He is the former Executive Director of the National Center for Policy Analysis in Dallas Texas.
West is an avid distance runner, a Master SCUBA diver, a motorcyclist, and in his spare time he enjoys cheering his beloved Tennessee Volunteers.
Lt. Col. West is a commissioned officer in the Texas State Guard. Lt. Col. West is a legacy life member of the Veterans of Foreign Wars, life member of the American Legion, life member of the Association of the United States Army, the Society of the First Infantry Division, 4th Infantry Division, and 101st Airborne Division. He is Patriot Life Member (Benefactor) and Board of Directors member of the National Rifle Association and Life Member (Benefactor) of the Texas State Rifle Association. Lieutenant Colonel West is an inductee into the University of Tennessee Army ROTC Hall of Fame. He is on the Board of Advisors of Amegy Bank, Dallas Region. In 2016, Lt. Col. West was appointed by Texas Lt. Gov. Dan Patrick to the Texas Sunset Advisory Commission.
He is married to Dr. Angela Graham-West, a financial adviser, and they have two daughters, Aubrey, a Board-certified Physician Assistant, and Austen, a flight attendant. 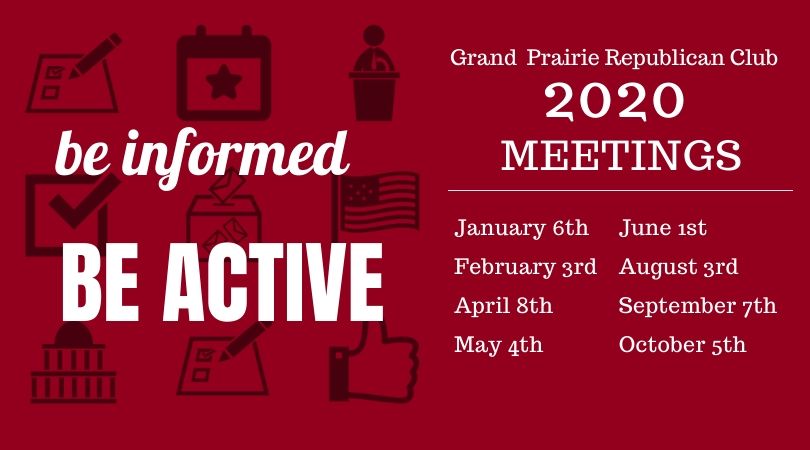 It is time to BE ACTIVE! The great state of Texas has been targeted by those who wish to radically alter our way of life. As Texas goes, so goes the nation!
Your call to action is here. Share this information with your fellow patriots. Plan now to carpool to the polls, apply now to work the polls and fight for renewed integrity in our elections, and most importantly, GO VOTE!